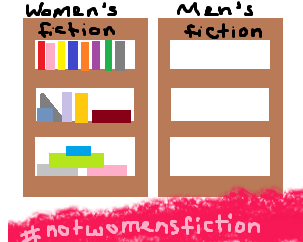 Fall is here. Has been for about a month now. The air is crisp, cool, and every #basicwhitegirl is coming out of the woodwork for pumpkin spice lattes.

But enough of stereotyping women for their preferred seasonal beverage…I’m the one you should smh at.

Back in June we examined what women’s fiction is as a genre/reading category, how it’s inherently Othered because there is no “men’s fiction,” and how to destroy it with the #notwomensfiction campaign. Summer is passed and past, and I unintentionally took a three-month hiatus from the blog (I’m so sorry!). Though belated, I guess it’s fitting to bookend the expired summer with the results of this reading challenge.

In the span of three (or really four at this point) months, I had a terrible run—with only three books read in total. I wanted to read so much more to support women writers, but I was focused on the job search, moved to a new apartment, finished up classes, got lazy, some other weird things…But no excuses! This is what I read: 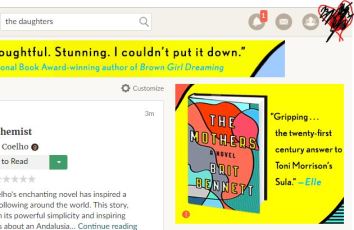 Don’t judge a book by its cover, goes the old adage. Yet “women’s fiction” is too often visually coded as less serious than “regular” fiction (or fiction by men). To recap the posts that began this campaign, covers unconsciously factor into the bias against fiction by and about women, especially when their designs feature pastels, stereotypically “girly” things (pumpkin spice latte, anyone?), and/or fonts like

. (And in publishing, covers drive sales, whether or not the author is self-published.)

Here are the covers of the three books:

Before actually encountering these books in person, I had never heard of them. They were all free (also not supporting these women writers, so I should be ashamed of myself!), floating around campus, in little neighborhood drop-and-swaps, or at publishing conventions. I had no expectations, other than what the covers and back copy visually communicated.

Random observation: All of their blurbers are women.

Since I had no knowledge of these novels’ plots, no inklings of the writing, and no expectations of either, I tried to go into this campaign as open minded as possible, ready to learn. I wouldn’t say I loved each of these novels, but they definitely weren’t particularly unlikeable solely because they were about women (see “80 Books No Woman Should Read” for writer Rebecca Solnit’s analysis of the persistence of the all-male literary canon).

Behind their covers, each expose different facets of women’s lives. These depictions of womanhood, interior and exterior, surprised me in their depth (that’s terrible of me!). Rather than the endless heteronormative white wet dreams Nicholas Sparks softcore romances offer to mainstream women’s fiction/romance readers, relationships between women and men aren’t the focal point of the fiction I read (spoilers ahead).

Here are some questions I had after reading:

Clearly men are Othered themselves in these three novels, so why is this genre or category? This campaign made me even more acutely aware of my own bias toward chick lit in particular and women’s fiction in general. To me, this type of reading is like the Lifetime channel of books—awful acting, awful stories, and my mom loves it.

But wait a sec, rebranded Lifetime has some awesome feminist promos now:

Photo screenshot from the Fempire Diaries.

I plan to continue this campaign every summer—hopefully reading more! Next year, I aim to read women’s fiction about or by transwomen, multicultural and multiracial women, and women with disabilities (please provide suggestions/recommendations for these or anything else I should read!).

You’ve brought to my attention some great books by women, about women, not necessarily for women, all while dismantling the literary patriarchy.

And thanks, readers, for your continued support of Things He Says!

The Art of Blogging

Introducing you to all kinds of great music